She Stands Up for Every Child with Cancer, Meet Melissa Wiggins, Founder of Cannonball Kids’ Cancer Foundation 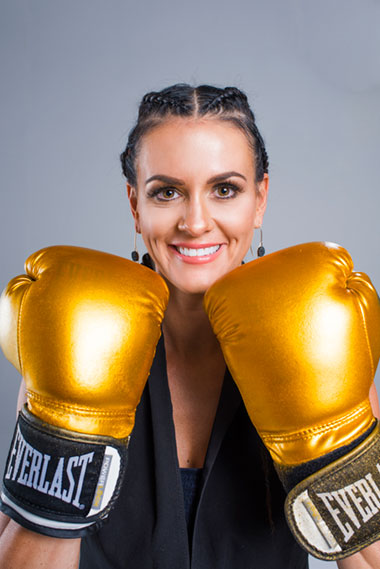 Q: When you were 10, what did you want to be when you grew up?
MW: When I was 10 years old, I wanted to be a lawyer. I was very determined and in high school I would work in law firms in my town for no pay - they had me file papers and read and summarize documents - I didn’t care I just loved the whole law firm vibe and knew it’s what I wanted to do with my life. From a very young age learning excited me! It still does! I live to learn more every single day!

Q: Who had the most influence on you growing up?
MW: When I was younger my father had the most influence over me. I was a runner and he would train me on weekends and attend all my races. I still remember those early rises and him yelling at me as I ran up and down the hills. My Dad has a spirit that believes if you work hard you can do anything. That if I would get a good education that he was not honored to have that no one could that away from me … so I did and went to law school and became a lawyer. I was the first person in my family to ever attend college - a first generation college kid. That began a domino effect in our family. All my siblings have attended college. Two of them graduated top 5 percent in their law school class and one is quite possibly the next JK Rawling - they are way smarter than their older sister … way smarter!

Q: Tell us about where life took you after high school?
MW: After high school I did an undergrad in business law then went to law school at The University of Glasgow and University of Edinburgh. I worked as a commercial litigator in my country’s capital, Edinburgh for three years before moving to the United States.

Q: When your son Cannon, was 20 months old, life changed … can you share with our audience the experience your family went through?
MW: On April 19, 2013 our life changed forever. Our nightmare began. Four words no parent ever wants to hear - Your child has cancer. Cannon was my first born child at the time, ten days later I gave birth to his twin brothers at the hospital across the street from where he was being treated. Cannon was tortured by cancer treatment for 3.5 years and today lives with many scars that cancer left behind … hearing aids, gastrointestinal issues that have left him twice hospitalized over the last 6 months - this is survivorship. Cancer has impacted us greatly - I spent most of the first two years of my twin boys lives away from them trying to save their brother Cannon. I believe this is the reason my kids and husband I enjoy Saturday’s at home, just our family - we have years to make up.

Q: During this experience with your son, your research discovered a tremendous lack of resources dedicated towards pediatric cancer. You then started a nonprofit called Cannonball Kids’ Cancer … can you tell us more about the nonprofit and what you all do?
MW: Cannonball Kids’ cancer Foundation was founded in an attempt to create more options for kids battling cancer. The status quo was NOT is NOT acceptable.  We need more survivors but also better survivorship.

Q: What's the greatest fear you've had to overcome to get where you are today?
MW: My greatest fear that I overcame was speaking on stage in public about my son’s torture. Standing on your feet as a lawyer for a client is very different than standing on stage and being vulnerable about what you watched your child endure and what now I have watched many families endure. I’ve attended more children’s funerals than adults and those facts made me face the fear of sharing Cannon’s hardest days of showing the reality of pediatric cancer - not the kind most of us have seen - the cute kids with balloons and a celebrity. No, the real pediatric cancer - the pain, the torture and the barbaric treatments. So, I put on my big girl pants and faced my fear for Cannon and for the kid diagnosed today - frankly anything less, would have been selfish to me.

Q: Which woman inspires you and why?
MW: My mother has always believed in me - she told me I could be and do anything I wanted. Becoming a solicitor (lawyer) at the time seemed like a pie in the sky crazy dream and despite others saying I shouldn’t or couldn’t go to law school … my Mum said do it Melissa. We lived in government housing, neither parent went to school past 16 so the idea of law school was pretty radical at the time. BUT your parents supporting your dreams - wow - not much can beat that. So, I did … I went to law school.  The phrase she believed she could and so she did - rings so true in my life. My mother is the strongest women I’ve ever met. She lost her son, my brother at age 5 months. She lost her sister at age 32 to cancer. She watched her grandson in pain and yet my mother has never met a stranger. Nothing hardened her heart - not divorce, Not death, Nothing!!!!! I pray to be a positive person who smiles in the face of adversity - if I could be half the women my mother is ... I miss her very much.  Living 4000 miles away from her is hard but thank you Apple for FaceTime!

Q: What are some of the challenges you feel women face today?
MW: Today we live in a world of comparison - thank you social media! But comparison is the thief of joy. I love what the Badass Rachel Hollis says don’t compare your start to her middle! Your chapter one will not look like her chapter in 20 - stop comparing.

Q: What advice would you give to young women who want to succeed in the workplace?
MW: Just start sisters! Just start! Have you ever seen the photo of the first ever amazon office - it has a handwritten sign on the wall saying Amazon and one desk. Our fears of failure often stop us from even trying - fear of failure is an epidemic and most of the time. It’s because we think someone else has done that or I couldn’t do it as good as they do it. Had I believed that CKc would never have been founded and millions wouldn’t have been raised for research and ultimately 385 kids wouldn’t have options. So GO! Start! Feel fear - but do it anyway. And please, if you do fail - on the other side of that is huge growth! So, jump! Just jump!

1. If you could talk to one famous person past or present, who would it be and why?
I don’t idolize famous people - I just see them as people. I have several friends who would be considered famous and, in the limelight, but they are just friends nothing less nothing more. So, with that, there are many people I admire for their tenacity and determination and positivity - of late Rachel Hollis being one of them. If I could go back in time I would love to meet the suffragette leaders - those women who were THEY true definition of bravery. Real bravery! Oh and of course Anne Frank!

2. What book are you currently reading?
I am a book nerd of chronic proportions … it’s a bit of a problem. I usually am reading at least three at the same time. I just finished Brene Brown Dare To Lead and the accompanying workbook. I highly recommend it. I only read personal growth of self-development books - that’s kind of my jam. Oh, and every parenting book known to man - raising bairns (children) is no joke. After writing my book Thankful For The Fight about Cannon’s journey I found a passion in writing that I never knew before he was sick. I am dyslexic and so I had this idea that speaking would always be best for me, but I’ve come to love writing. On my list of 10 goals over 10 years I write “ I wrote a book that helped millions” ... in the next 10 years I plan to do just that. Self-development books and personal growth have given me so much and I plan to share that knowledge.

3. What app can’t you live without?
Instagram - I especially love stories and blogging on there. Being able to share tidbits that have helped me to help others brings me joy. @mummabearwiggins is my Instagram should you ever feel the need to feel better about your life just like my profile and enjoy a story in the day of a life of a Mumma who is attempting to work and raise littles - if nothing else you will have a good laugh.

4. If they made a movie of your life, who’d play you?
Julie Roberts! She is strong! Yet vulnerable! Passionate yet caring!!!! Her movie Erin Brockovich is one of my favorites!

Melissa Wiggins is mum to 5 children, a lawyer from Scotland turned Nonprofit Founder. Cannonball Kids’ cancer Foundation is a nonprofit funding research in pediatric cancer and educating about its realities to inspire change.

Melissa has appeared in numerous TV segments including FOX News and appeared in publications from California to The Sun in Glasgow, Scotland. Recently she was recognized by Orlando Business Journal as 40 under 40, Women of The Year by Orange Appeal Magazine, Winner of the Victory Cup Speakers competition, 1 of 10 who make Orlando Great by Orlando Sentinel Newspaper. Melissa is the author of soulful book called Thankful For The Fight which details her son’s battle with cancer, is an active writer, keynote speaker and podcast guest.

Egypt Sherrod, Starring as Co-Host Alongside ..

Q: Was real estate a pathway to design for you or the other way around? ES: I was a real..

Her Passion For Women’s Health Has Allowed Her to Develop Relationships & Dedicated to P..

She’s Your Midday Host Weekdays From 10A..