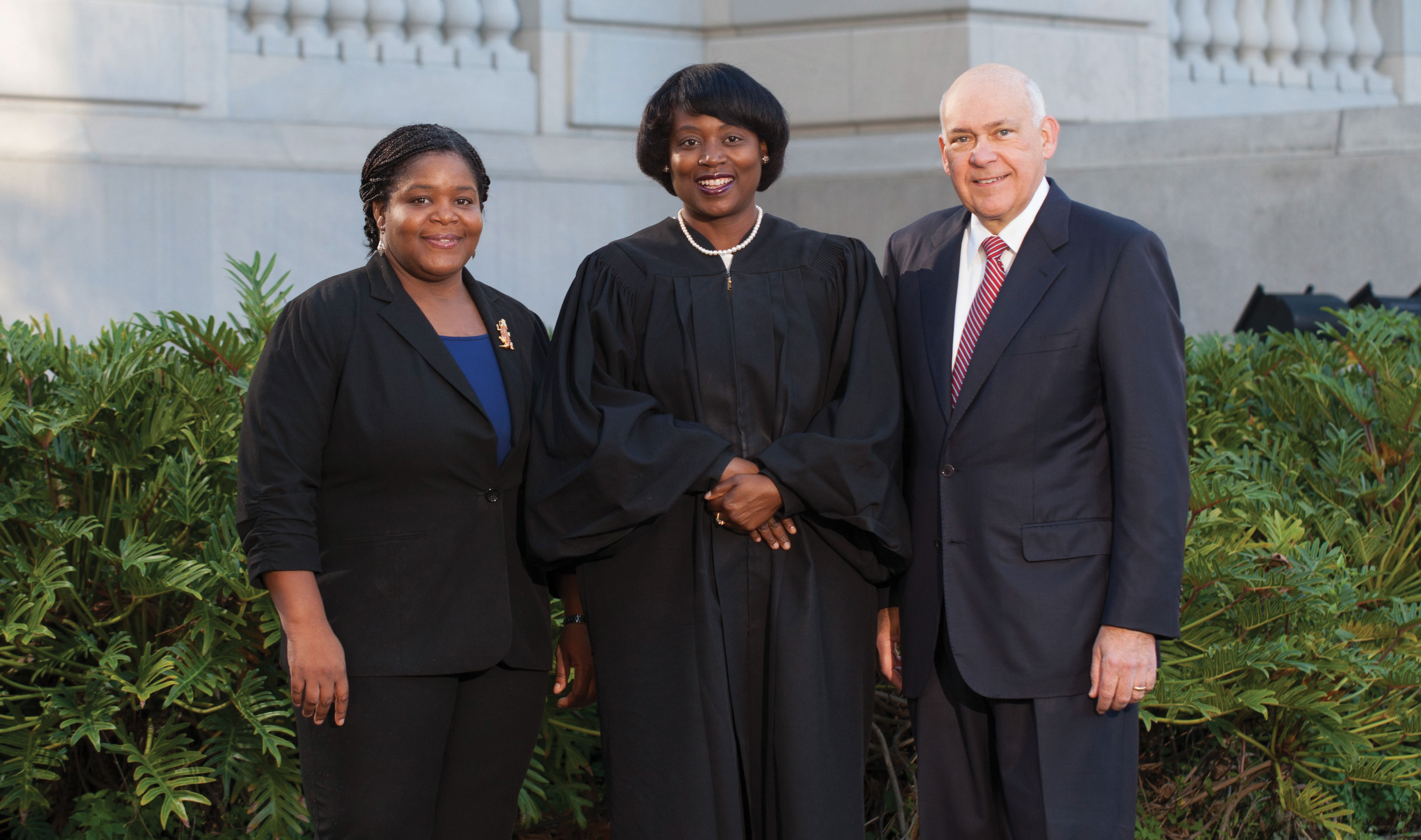 Leadership, Activism & Community Service She Models the Way for What Makes a Lawyer a Great Leader.

Q: Why did you decide to attend law school?
LJ: While attending Astronaut High School in Titusville, my American Government teacher, Sherry Johnson, told me to join her mock trial competition team because I had a big mouth and I liked to argue. I had no clue what mock trial was or what it would entail, but Mrs. Johnson was quite right, and I so much liked competition. So, I said yes. I only knew of one lawyer who was the father of a classmate, and I had never been inside a courtroom. However, I saw it as a challenge and a way to utilize my skills. After many after-school and weekend practices, we started competing throughout Brevard County, and of course, we were winning. Judge Moxley called me “Bullets” during one of the competitions and said I should go to law school because I fired out cross-examination questions so well. I decided that day that I was going to go to law school, and I was not going to let anything stand in my way. Mrs. Johnson and others helped me in exploring the idea of going to law school. The more I learned about the law, especially how I could gain a specialty in trying to help others solve their legal problems, the more I knew it was the right path for me.

Q: What was your first job? And how did it shape or impact you?
LJ: I got my first job through a government youth summer program. I was placed in the Titusville City Hall, working in the water department through the program. It was mostly clerical work, but I enjoyed the people I worked with and the job’s service aspect. The job allowed me to build my skills, broaden my network and start building my resume.

Q: Can you share with our audience, the types of law you specialize in?
LJ: I primarily practice in the area of civil litigation, usually where someone is suing another person, business, or organization for money damages. The lawsuit could involve a slip and fall, an automobile accident, or an injury from a product. Most of my work usually involves defending the person, business or organization that has been sued. I also represent public entities such as housing authorities and various governmental agencies and municipalities with civil rights claims and public records laws. I grew up in public housing, so to now represent those who provide public housing to low income people is such a great and unique experience.

Q: What aspect of being a lawyer interest you the most?
LJ: Mrs. Johnson was right. I actually like to argue. I always derive the greatest joy from getting up in front of a judge or jury to defend my client’s position, trying to persuade them to side with me. Another part of being a lawyer that interests me is the fact that the practice of law is very interesting. Every day and every case is different. Even after 18 years of practice, I still find myself learning something new every day. 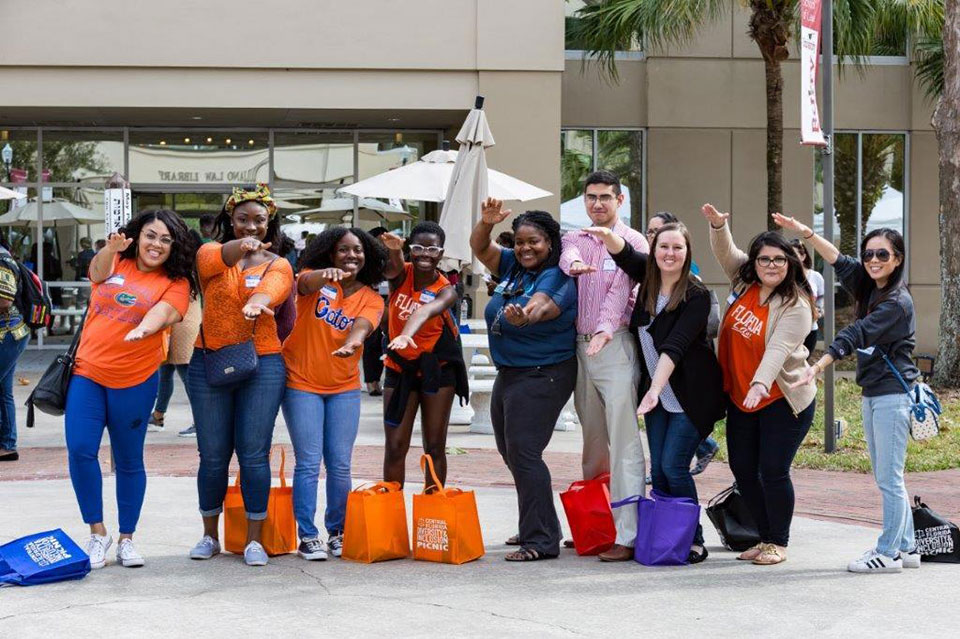 Q: What is one word of advice you can offer to young women entering the work force who want to reach your level of success?
LJ: Your reputation is everything! You gain your reputation by being courageous, confident, and most importantly, being yourself. If you say you will do something, make sure you do it. If you cannot do it, be honest about it. You’ll surely succeed when you have that reputation.

Q: What’s one lesson you’ve learned in your entire career that you can share with our audience?
LJ: One lesson I’ve learned in my career is that your reputation is everything. I remember my first hearing as a young lawyer where the judge knew everyone in the room by name except me. That day, I vowed that LaShawnda Jackson would soon be known to every single judge in Orange County. I joined various organizations, attended meetings and other events, and worked on various committees alongside judges and other lawyers. I was well prepared for every hearing and spoke confidently. Soon, every judge in Orange AND Osceola County knew who I was and knew of my work ethic. A few years later, I attended a hearing where an attorney made false claims against me and my firm. The judge stopped him and said, “I know Ms. Jackson and I know her firm. They don’t do that.” It was probably one of the proudest moments of my career. It wasn’t my legal skills that helped me that day, my reputation did.

Q: Which woman inspires you and why?
LJ: Oprah Winfrey. With the exception of her bank account, I can relate to Oprah on so many levels. She was born into poverty, but she did not let that limit her dreams or who she would become. She did not allow her past or circumstances to limit what she could accomplish. She even launched her media career by winning an oratorical competition that helped pay for her communications college degree. I think it is so awesome that Oprah went from a little girl who often interviewed her dolls to a household name. She did all this in a predominantly male field and where there were few, if any, Black role models for her. Today, she is the recipient of numerous awards, owns her own production company and network, and gives back to less fortunate people. She definitely inspires me.

Q: What are some of the challenges you feel women face today?
LJ: Although I am not a mother, I think that is one of the biggest challenges women face. They often put their careers on hold to give birth and/or stay home to look after their young children. This usually affects their career progress negatively, as they were out of work while their male counterparts continue to work even after their own young children’s birth. This issue was recently highlighted in Women’s Tennis. Serena Williams was ranked number 1 in the world before she left on maternity leave. Despite having over 20 grand slam titles, she was unranked in her first major tournament after returning. There was no system in place to factor her maternity leave into the rankings. While the tennis world was fortunate that Serena’s dilemma sparked a “Special Ranking Rule,” most women are not so fortunate to have a rule in place that considers their absence from work due to pregnancy or even staying home to take care of their loved ones. 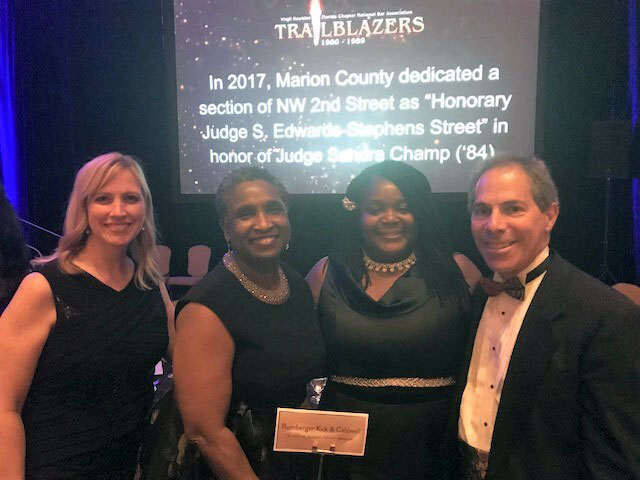 Q: What would be the title of your autobiography?
LJ: “LaShawnda: Enough Said.” “LaShawnda” in the title signifies my hard work to develop a reputation where I don’t need a last name for people to know who I am or for what I stand. “Enough said” is two-fold. First, it signifies my philosophy that you don’t have to speak out or up on every issue. No one wants to hear from the person who always has something to say on every topic. Therefore, I am not usually that person. I deliberately pick my battles, and when I do speak, people often listen. I say just enough to make my voice heard, and I think that is a powerful message. Second, I am bold, courageous, and true to myself. I often tell people, or they soon come to realize that I am who I am. I have been shaped by my past, my experiences, and my drive. I am simply Lashawnda. There is simply no more to be said.

1. If you could talk to one famous person past or present, who would it be and why?
Zora Neale Hurston. Whenever I drive through or near Eatonville, I am intrigued by her, and I always think about her. She went unrecognized for so long, and yet her name is synonymous with Eatonville and folklores. I would ask her about her personal struggles. What got her motivated? What does she think of her popularity now? What she feels about the annual Zora Neale Hurston festival?

2. Favorite Entertainer?
Salt ‘n Pepa. I grew up in the 80’s/90’s with my cousin, and I often dressed like Salt ‘n Pepa and tried to rap like them. They were truly hot, cool, and vicious as they transformed the rap industry dominated by men. I actually ran into my second and six-grade teacher Evelyn Scott, who had moved back to Gainesville after she had retired. When I told her that I was at UF and planned to go to the law school, she started laughing and reminded me that I told her I would be a rapper like Salt ‘n Pepa. I was amazed that she remembered that, but she also acknowledged that I was one of Salt 'n Pepa’s biggest fans. We did not have the money to see them in concert when I was growing up, but I made sure I was one of the first to purchase tickets a few years ago when they announced they were coming to the Amway Center as part of the” I Love the 90’s Tour.”

3. If you were a superhero, what would your special powers be?
Invisibility. You learn a lot about people when they don’t know you are there.

5. Where is your ideal vacation?
My ideal vacation would be a summer in Greece. I love the culture, the food, the beautiful scenery, and the people. I love everything about Greece.

Egypt Sherrod, Starring as Co-Host Alongside ..

Q: Was real estate a pathway to design for you or the other way around? ES: I was a real..

Her Passion For Women’s Health Has Allowed Her to Develop Relationships & Dedicated to P..

She’s Your Midday Host Weekdays From 10A..